Returning from an amazing trip to Turkey where I had the opportunity to attend an annual Middle Eastern Reconciliation Conference between Jewish and Arab believers. It was such a unique experience and an opportunity to see so many of our dear brothers from all over the middle east, that we wouldn’t have been able to see otherwise.

We spent a lot of time in prayer, worship, hearing and sharing testimonies about what the Lord is doing in our countries and communities. It was both sobering and uplifting to hear so many updates on what is happening in places that we’ll never hear mentioned in the news. 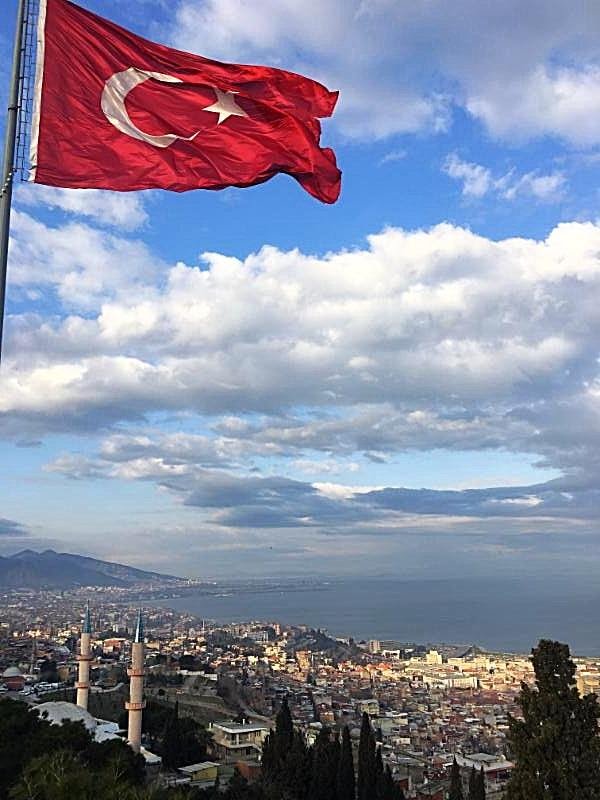 Tragedy and Harvest among the people of Syria

On the other hand, we’ve heard some heartbreaking updates from our Syrian brothers who have shared with us that after 6 years of ongoing bloody war taking place there, tens of millions of people have been uprooted from their homes and have become refugees, forced to flee in search of shelter. At this point things seem hopeless, as they say there is no end in sight to this war.

Despite everything, in the midst of horrendous darkness, God’s light shines the brightest. Many Syrians who fled to Jordan, Turkey and Lebanon came in contact with local Christians in those countries, and now these refugees who were once in remote regions and completely unreachable with the gospel, were now reached and heard the message of Christ.

God is doing some mighty miracles among these people, that doubtfully we will hear about in the mainstream media.

Testimonies and stories of salvation stories were remarkable and inspiring, like the one of a Iraqi kurdish brother who testified about how the Lord revealed himself to him, just like to Paul in the book of Acts, and he repented right there, receiving Jesus into his heart.

Please continue uplifting the people of Syria in your prayers, because even in the midst of the horrors they are living, God is using this time to reveal himself to them in a mighty way as never before.

In Kuwait, for example, church started to grow significantly, since there are many western foreigners who come to Kuwait to work there. Gospel began spreading there and more and more muslims who would’ve been otherwise unreached, began hearing the gospel and receiving the Lord.

Blessing in the midst of the earth

Difficult to explain in words the amazing sensation of knowing we were standing there with our precious brothers, as part of the fulfilment of God’s prophecy in Isaiah 19:23-25 –

“In that day there will be a highway from Egypt to Assyria
(Assyrian empire is modern day Iran, Iraq, Syria, Turkey and Jordan)
The Assyrians will go to Egypt and the Egyptians to Assyria. The Egyptians and Assyrians will worship together. In that day Israel will be the third, along with Egypt and Assyria, a blessing on the earth. The Lord Almighty will bless them, saying, “Blessed be Egypt my people, Assyria my handiwork, and Israel my inheritance.” 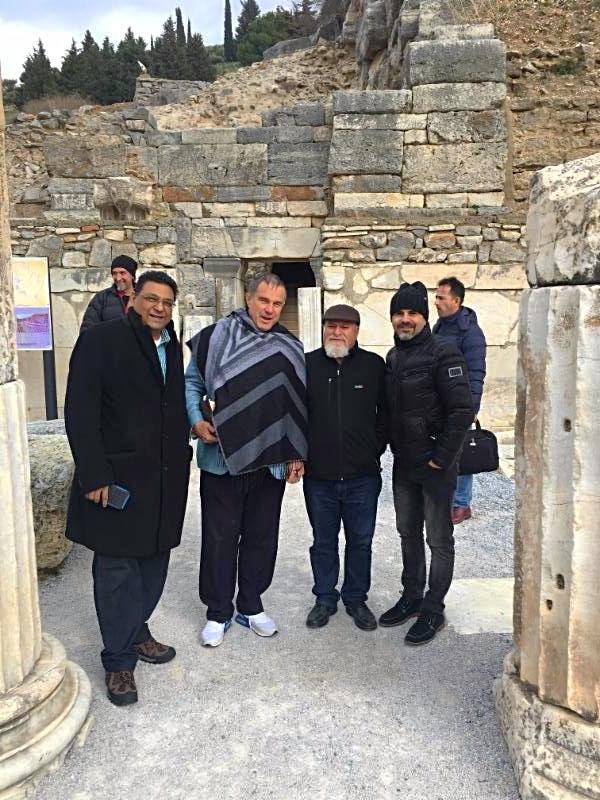 Prayer tour to 7 churches from Revelations 2,3

After the conference, I joined a prayer tour with other pastors to seven churches from Revelations 2, 3 – Smyrna, Thytira, Ephesians, Sardis, Philadelphia and Laodicea.
Throughout history, Turkey was part of Asia Minor and much of the history that we know today took place in that region. The story of Troy, the Amazons came from there, Persian empire conquered it, then Greek and finally the Romans. It was a very fertile region and very sought after by any army of conquerers.

This year marks 100 years since the Ottoman empire came to an end. Something they did, however, affected Turkey to this day. They uprooted the whole Christian population of Turkey and forced it to move to Greece, while moving the whole muslim population to Turkey. Which means that practically in one day, Turkey lost over 1 million Christians, its entire Christian population, all of its culture, history, all the churches that have been founded since the first church.

Which is why Turkey today has the smallest percentage of Christians per population in all of Middle East. Astonishing, considering Turkey was the cradle of the first church believers.

The tour consisted of 12 apostolic ministries who plant churches in the Middle East, and I was so privileged to be a part of this tour, being the only ministry representing Israel.

One of the highlights of our tour was when we came to the last church – Laodicea. We were standing there, in the middle of a small church of about 30 believers, praying together with them with the realization that God is restoring all things in our days. It became especially real when it dawned upon us we are standing in a tiny building in Laodicea, – the church Jesus spoke about in the book of Revelations, joining hands with believers who are once again building the Laodicean church after 2000 years. 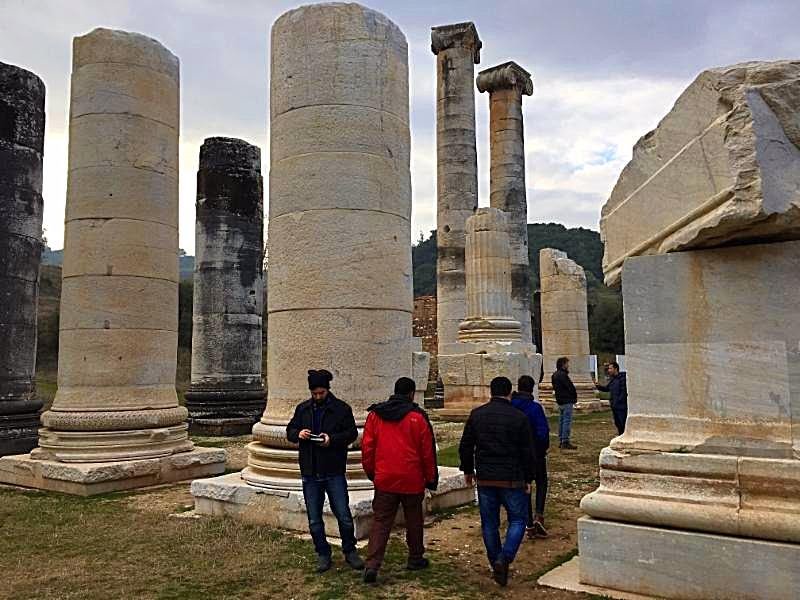 Please pray for the body of believers all over the Middle East, there are so many, and more that we do not hear or know about. We lift them in our prayers, as well as for our persecuted brethren, for Muslims who are being reached with the gospel of Yeshua even as I write these lines.