Autumn is finally here and seasons are definitely changing in Israel, in more ways than one.

We appreciate so many prayers we have received regarding the elections in Israel. Despite the elections being over, the battle for positions of power is still ongoing.

As the elected mayor tries to assemble a coalition that will benefit him, it can play out either way. There’s a possibility he can assemble it with the Ultra Orthodox that as you may know, have quite a lot of pull in Ashdod, or a coalition might be assembled by other parties that will ensure no religious authority can suppress our democratic rights as believers in Ashdod.

We continue to pray for a positive outcome and that God will steer this process of coalition assembly, so our city continues being a beacon of hope receptive to the message of the gospel.

Why is giving so important to God?

Yeshua words resonate powerfully with us as we enter this holiday season:

As we enter into this holiday season that for many is the season to do charity for the less fortunate, we go back to our roots and see that Yeshua spoke about giving so many times in so many different ways. But He always made sure He emphasized that the importance of giving is more in the act itself than in the outcome. It reveals the heart more than anything else, and that is what God is always after – our hearts.

We can attest to the outcome since we help feed precious people in need on regular basis: the smiling grateful faces that receive much needed help is something that touches one’s heart like very few other things can. To see that and know that you are a blessing to someone, is truly our calling as believers, no matter what walk of life you’re from. 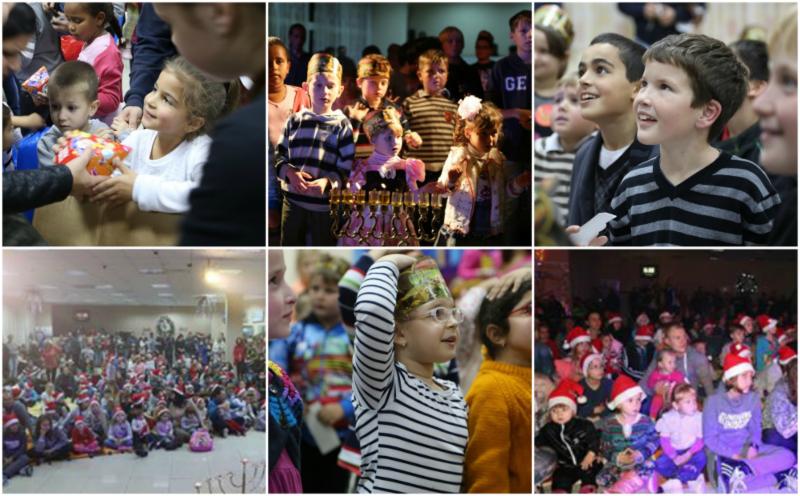 But the act of giving itself is so important, because Yeshua Himself said that when you give to the least of His brethren… you GIVE TO HIM.

We should never lose sight of that: our giving goes through the hands of precious people in need, but is received by Yeshua himself.

So as we keep that in mind, we press forward during this holiday season to ensure we can gather as many givers as we can who want to do something for the “least of Yeshua’s brethren”, so you can experience the joy of knowing you’ve done it FOR HIM.

This Hanukkah and Christmas we are planning a very big celebration project, so we can help feed more families than ever, and we want to give these people and children the opportunity to experience true biblical Christmas for the first time ever in their life.

To be able to give a much needed gift to someone who has never experienced Christmas, and to show him the Heart of God behind it… That is a sure way to reach someone and draw them to God.

Will you prayerfully consider being a part of our Army of Givers this holiday season?
Whatever your gift is, Yeshua never looked at the gift itself, he looked and saw the heart behind it. He said whatever was done to the least of His brethren, was done for Him.

We want to encourage you to give this season FOR HIM.