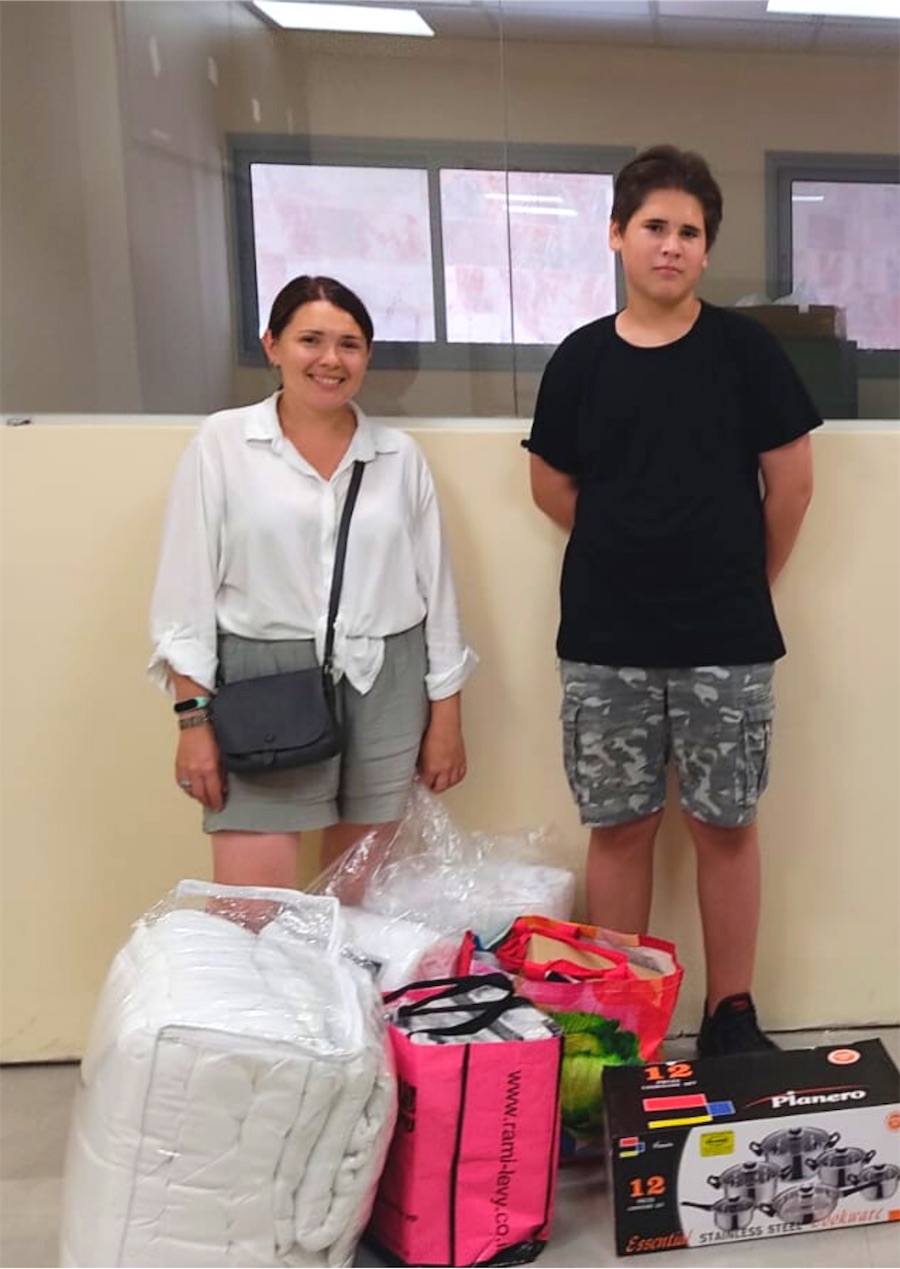 Since the very beginning, our team at Beit Hallel stood with them, and they’ve been receiving humanitarian aid in various forms which has been a massive help to them. Still, Luda is struggling to provide for her family as a single mother and has been working two jobs to make ends meet. We’ve been spending a lot of time with Luda and her family, to also support them spiritually, and to pray and encourage them as they’re going through this challenging season.

We also shared often with Luda about God’s love and care for widows and orphans. A short while ago Luda got in touch with us and said that she was ready to receive Jesus as her Lord and Savior! The Word was sown into her life, and eventually had come to fruition. Luda has since joined one of our home groups, is attending services at Beit Hallel, and she continues to grow in her faith and knowledge of Jesus. Amen!